In this first of a three-part series, DS106Confidential editor Red Beets unveils key aspects of the mystery behind "Camp" Magic Macguffin.

First, I need to address certain questions regarding Confidential's involvement in this increasingly sordid story.  While names can't be named at this point suffice it to say that we were brought into this affair by a very highly-placed and highly-regarded member of the DTLT and DS106 family.  I will only use his source nickname "the normal one."  He expressed great concern about the direction DS106 has taken this summer and he asked Confidential to "look into" some activities he felt were "highly irregular."  We agreed.

Now, the story behind the character CVI felt would become the MagicMacguffin icon, a character that would represent the joy and uninhibted pleasures of a camp MM summer - Slide Guy.  The rise and fall of Slide Guy has been covered in these pages.  We now bring you the truth behind the meme.

The Slide Guy meme was created in a studio in Mumbai, India.  Yes - he was outsourced!  Confidential had the opportunity to talk to the actor who portrays Slide Guy, Raj Patel, a figure well known to followers of the Bollywood film industry.  Raj is shown below in a shot from his latest film Mumbai Story. 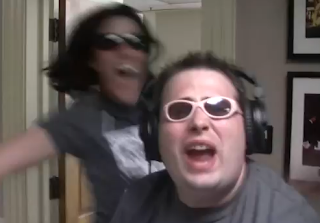 "It was just another meme job, I've done several.  They pay well and don't require a great deal of work."  Raj stated.

Had he heard of CVI or MagicMacguffin?

"No, my agent deals with all that."

What about the socks?

"Well, that was kind of weird.  For some reason they insisted I wear these really...uh...strange, I guess is the word, socks.  I questioned it, but the director said it was an absolute, some big guy in the company paying for the meme had a thing about big, bulky white socks and I had to wear them or they'd get someone else.  Is it a fetish thing?  I don't judge - but they did mail the socks back to the client, I do know that."

What about the scandals involving the Slide Guy meme?  Is he worried or concerned?

"Not really, once it leaves the studio I don't think about it anymore.  I have a very busy shooting schedule so I don't try to keep up with any of the memes I've done.  Some summer camp wanted to interview me as Slide Guy, but, come on, it's a meme, I mean get a life people.  I heard they hired someone to imitate me for the interview, but the guy started reading haikus and spouting some philosophy of 'the joy of sliding', give me a break."

Coming up in this series: An interview with the real Alan Levine.  How the hologram image was created, how it went rogue, and why Alan is suing CVI!  Also - How the recent power outage "erased" so many of the Magic Macguffin "campers", and Martha Burtis - What Happened?

The mystery surrounding Camp Magic Macguffin and its parent organization CVI deepened this week as DS106Confidential reporter Joe Beets, on assignment in Arizona, caught Camp MM director Alan Levine far from the camp's rural location in Virginia.  Mr. Levine, who seems to spend little actual time at the camp, was spotted entering a black helicopter at a small private airport at a secret location in the Southwest.  Beets was able to follow the helicopter for its short trip to the top secret testing facilty in Groom Lake - aka Area 51.  Entering through a hole in the barb wire fence, Joe was able to snap one photo of Levine inside a shed housing a very unusual craft. 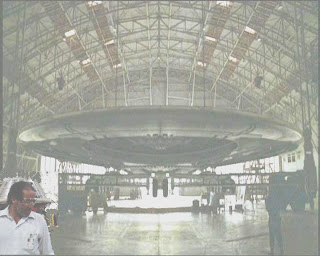 Beets was unable to take more photos, but did catch Mr. Levine at the same airport the next day.  While he was not able to enter the secure area he did get manage to get a picture using his telephoto lens. 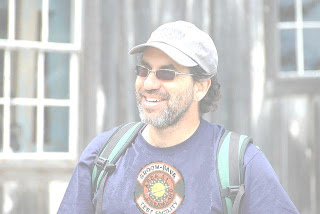 It is interesting to note that in this photo Mr. Levine appears to be markedly younger!  Are the rumors of some sort of alien presence at the Area 51 site true?  Could Mr. Levine have undergone some sort of anti-aging process?  What does this mean for Camp Magic Macguffin?  Is there some sort of link between Levine's youthful appearance and the disappearance of the campers in Bunkhouse X?

And why is it called Groom Lake?  Take a close look at the patch on Levine's shirt.  Is it just coincidence that the counselor in charge of Bunkhous X is none other than Jim Groom?????

And the big question ----- why does a super hi-tech organization like CVI, with ties to the military and alien visitors, run a summer camp????


Filed by Kim Beets (for Joe Beets who is still on special assignment.)
Posted by Unknown at 7:12 PM 2 comments:

A local eatery was the scene of a bizarre incident yesterday according to restaurant manager Beth Turnip.  DS106Confidential reporter Ben Beets was on the scene and filed the story.

"Beth Turnip, what happened?" I asked.

"It was just so messed up...these two Macguffin people came in yesterday in the middle of the lunch rush..."

"How did you know they were from the camp?"

"Oh, you know, they had that look...kind of hippie, kind of European, and they were wearing those t-shirts with the logo.  They all have that look.  Just not quite right."

"Anyway, the woman was kind of out of it, it looked like she was ordering from a set of index cards - like she was following directions to order a meal.  Halfway through the line, she dropped the cards - then she just stood there, like frozen?  The guy picked them up for her but he must have mixed them up 'cause when Dave, our toppings guy asked her what she wanted, she kept insisting he put a large Sprite on her burrito.  The line was getting backed up, the DTLT people had just come in and you just don't keep those people waiting.  So the guy takes her by the arm, pays, and they head for a table.  Then - she goes by the condiments section and fills a 32 ouncer with ketchup!  Then she puts ice in it!  It was so messed up."

"Was that the end of it?" I prompted.

"No, it was not!" Beth stated.  "Other Dave, our register guy, comes over and told me the Macguffin guy had paid with some kind of weird coins. [see photo below]  I go over to the table, the woman is just sitting there with her 32 ounce cup of iced ketchup, staring into space, and the guy is texting like crazy.  I ask him what's up with the coins and he just laughs and says 'you better get used to them, you're going to be seeing lots of them before too long.'  Then he muttered something about 'toonies' or something like that and they took off." 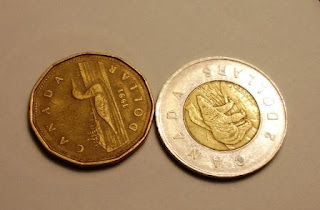 "It was so messed up.  Those camp people are really strange."


Filed by Ben Beets
Posted by Unknown at 5:17 AM No comments:

The much maligned Slide Guy is reaching out to Confidential!  SG tells us he's been undergoing rehab with Dr. Drew in an undisclosed location and he's ready to tell the whole story.  Look for the next blast from DS106Confidential to hear SG's side of the whole Camp MagicMacguffin business (if our hockey-playing friends from the north don't get to him first!)

Posted by Unknown at 3:53 PM No comments:

Email ThisBlogThis!Share to TwitterShare to FacebookShare to Pinterest
Wake up and smell the LaBatt's Burtis!

THEY ship you off to the middle of nowhere for supposed "training" while Alan Levine is working in a multimillion dollar research facilty.  You're taking pictures of pebbles while Mr. L. manipulates space and time - which, by the way, is how they get that mammoth facilty inside the tiny confines of Shed 4.  THEY give you a camera that will only take video sideways whille Mr. L. is controlling huge vats of Liquid Nitrogen and powerful lasers through the power of his mind. 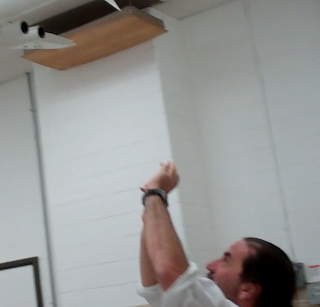 It's another setup Martha, just like last year - you're being distracted with fake "training" and holograms while CVI carries on their schemes.  It's not too late - keep your aluminum foil handy at all times!  Don't trust anyone, especially my brother Jim Beets - he's not quite right and is constantly spouting weird theories.
Posted by Unknown at 3:44 PM 1 comment:

He was on top, sliding everywhere - tractor tires, waterfalls, in the Andes with Bono.  It was going so well, bigger than planking, bigger than Mikey - then it all started to fall apart.  Little things at first; questions about his socks.  Then that unfortunate interview with Alan Levine where his fans saw a different Slide Guy - angry, bitter, complaining.  He might have been able to recover from that, a few charity gigs, an appearance on The View.  But fate had something else in store for Slide Guy - those photos.  Even if you're Slide Guy you don't sit on another meme's lap.

Confidential caught up with Slide Guy recently.  We found him sitting alone in a local Chipotle, staring listlessly at a half-eaten burrito, trying unsuccessfully to catch the attention of a nearby table of laughing DTLTists.   He wouldn't talk to us at first, after all Confidential ran those photos that destroyed him.  All we could get out of him was an angry "You want to know what happened?  Really?  Why don't you take it up with him?"  We followed his glance towards a dark figure in the corner, wearing a black plaid shirt, a black toque, and big mirrored shades.

I motioned to my photographer - but the guy was too fast.  All he left behind was this: 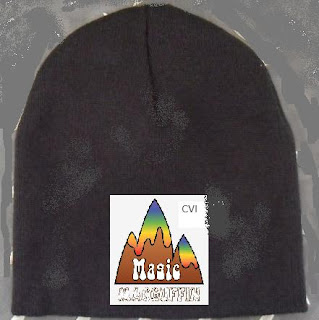 Because Everything You Know is Wrong!


Remember a better time?  The air was fresher, streams were cleaner, and gifs were unanimated.  DS106 Confidential wants to go back to that time, the Golden Age of Digital Storytelling 106.  But to do that, a lot of unpleasant truths have to be aired.  A lot of things SOME PEOPLE thought were buried deeply have to be brought to the light of day.  That's what DS106 Confidential is all about - and were starting right now with two BIG stories.
Posted by Unknown at 5:20 PM No comments: